Now based in London, he studied in Manchester. Shoa has a long term commitment to representing people of colour.He strives to capture the unique skin colour that is individual to the sitter and not a racial stereotype. Shoa’s goal is to paint black skin as intensely as Lucien Freud painted white
During his successful career, Shoa has become well known for his Giant Heads, a series of portraits painted up to 15 times life size. He has generously donated many of his portraits of black or dual heritage people to British museums and galleries to rebalance the lack of positive imagery of black Britons in their collections. His work features in numerous collections including The Laing, Newcastle, The Box, Plymouth, Sheffield’s Millennium Galleries, The Herbert, Coventry, Southampton City Art Gallery, Bury Art Gallery, Ferens Art Gallery, Hull and the V&A, London.
Nahem Shoa: Face of Britain Southampton City Art Gallery  26 September 2020- 20 September 2021
Nahem Shoa in 2019, September 21st to November 23rd is exhibiting a selection of his striking Black British portraits called Black Presence at The Atkinson, Southport. Alongside his work will be loans from The Tate, The Laing, Southampton Art Gallery, Millennium Galleries, Sheffield, The Herbert, Coventry and RAMM, Exeter, Christ Church Art Gallery, Hartlepool. 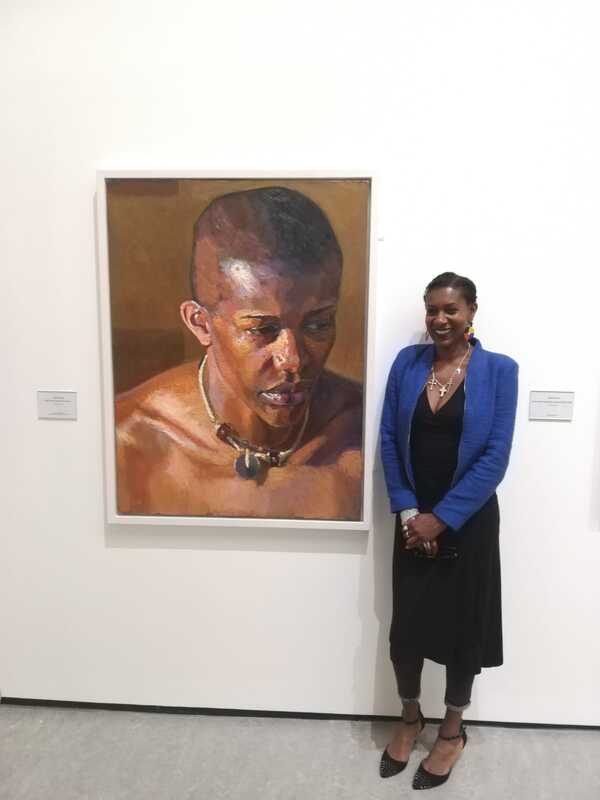 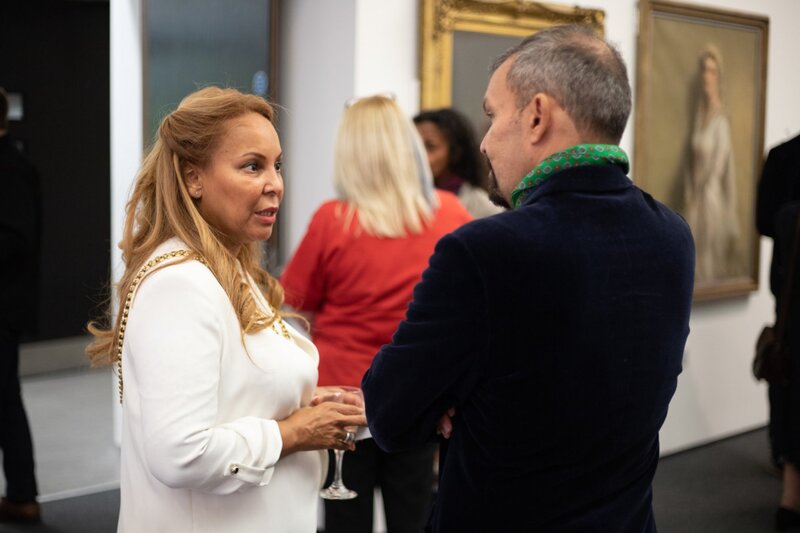 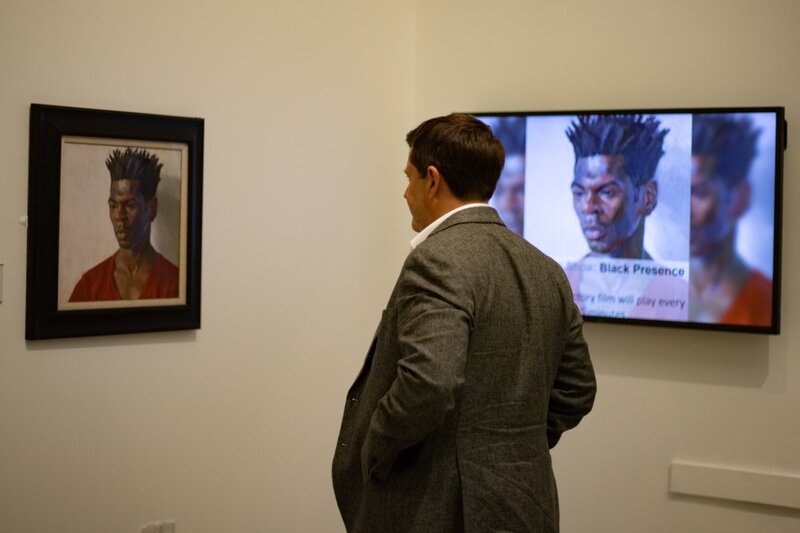 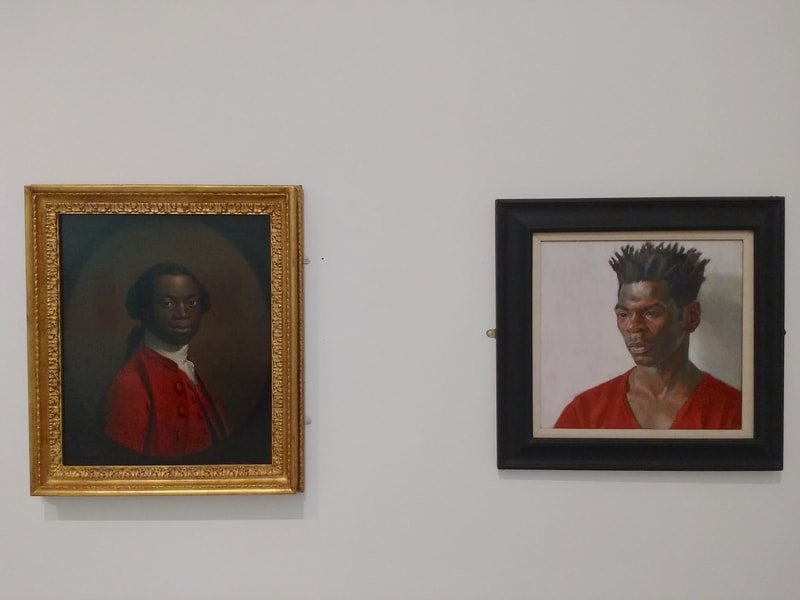 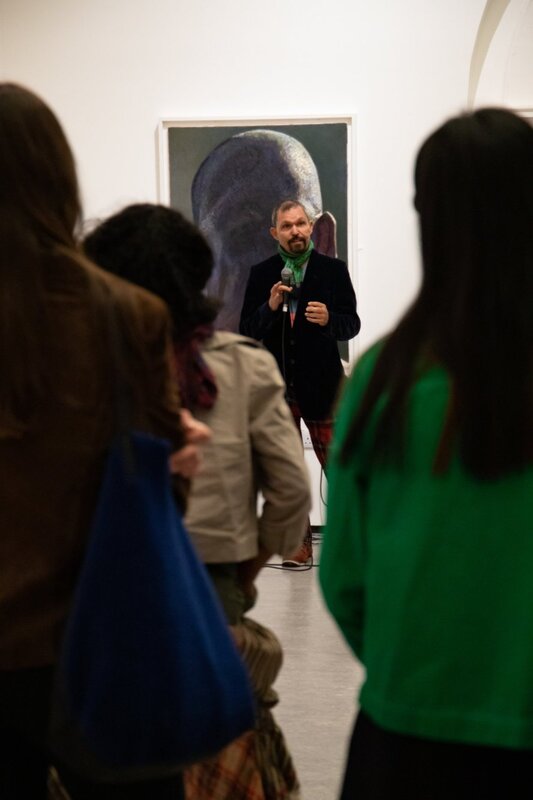 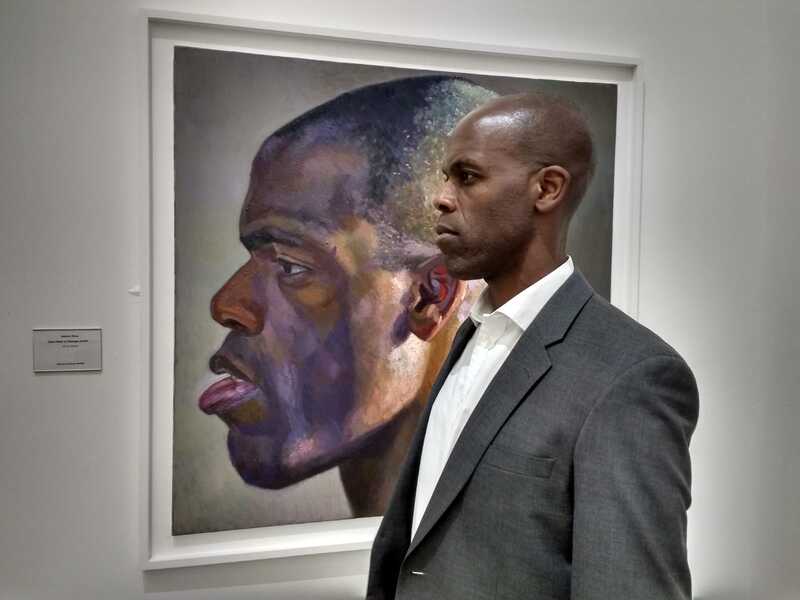 Gbenga in front of Shoa's portrait of him 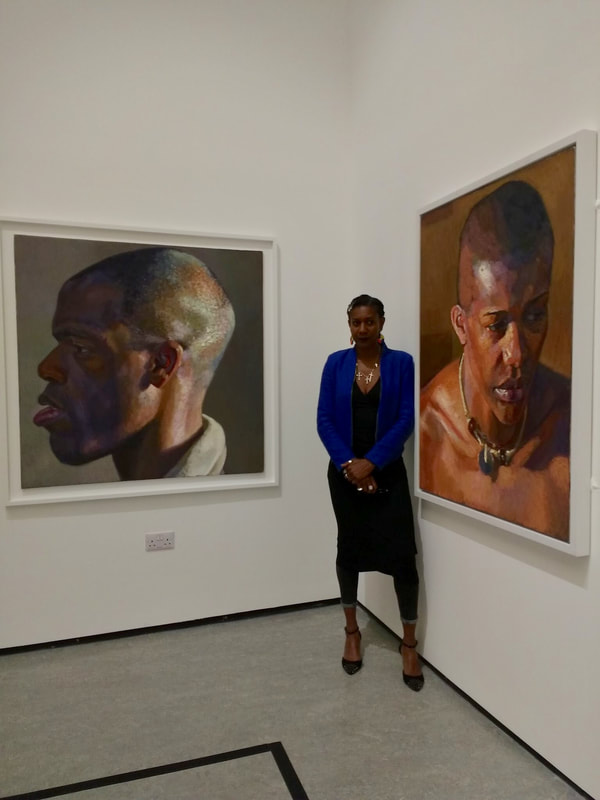 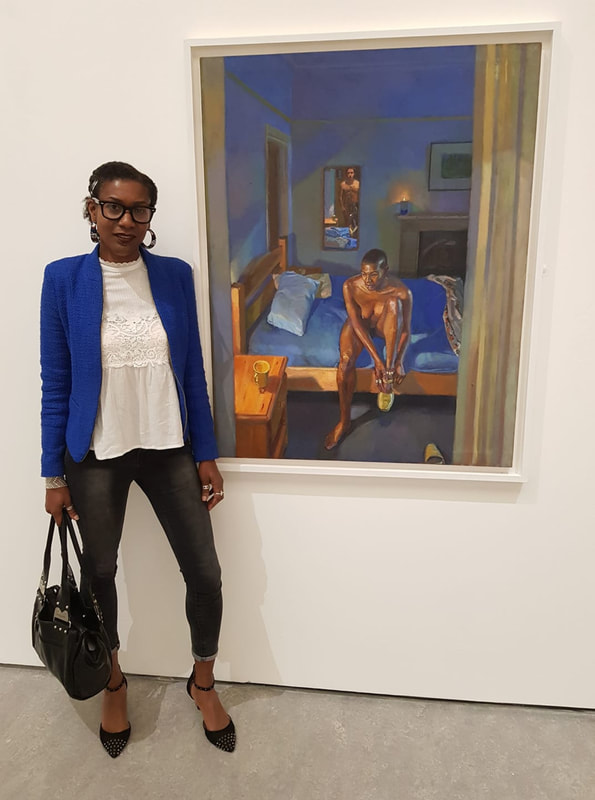 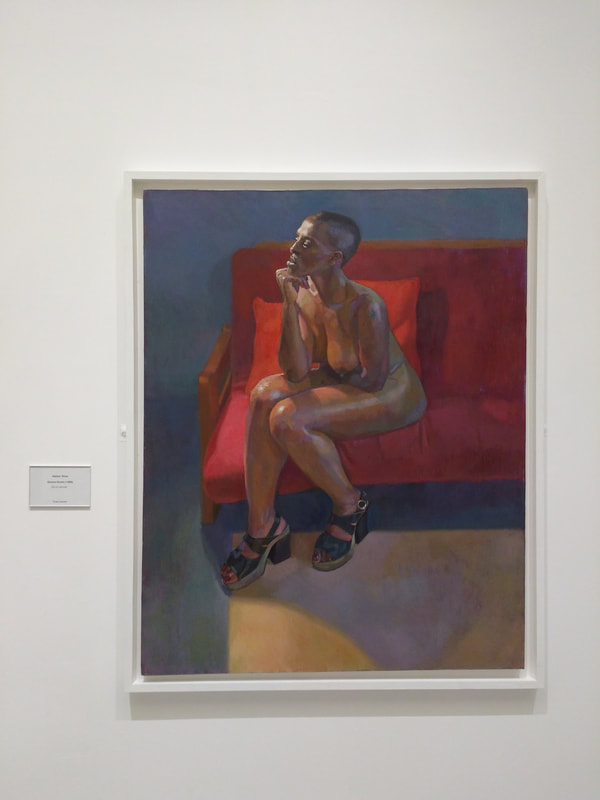 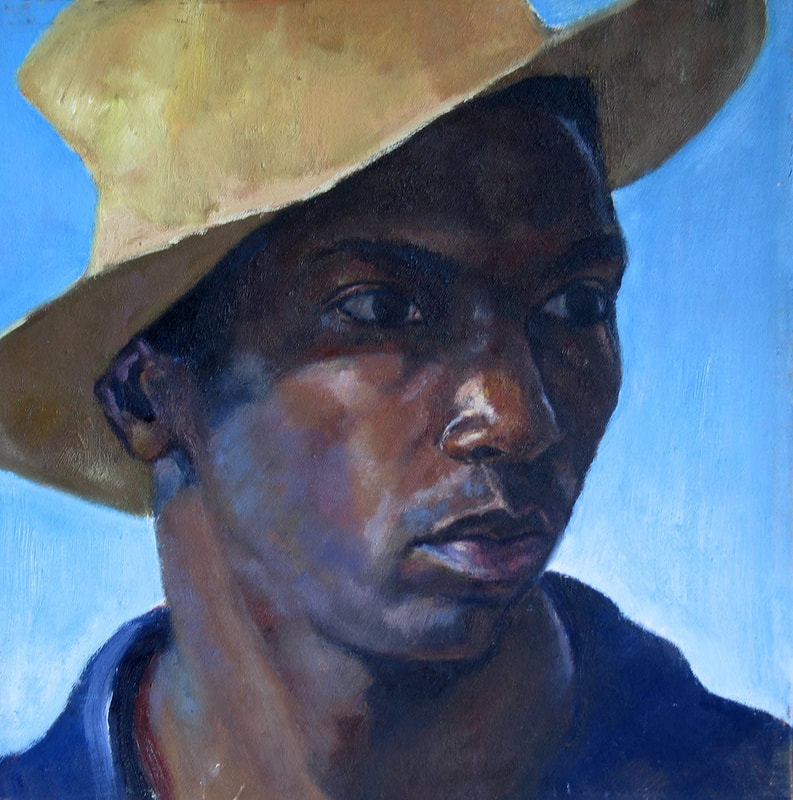 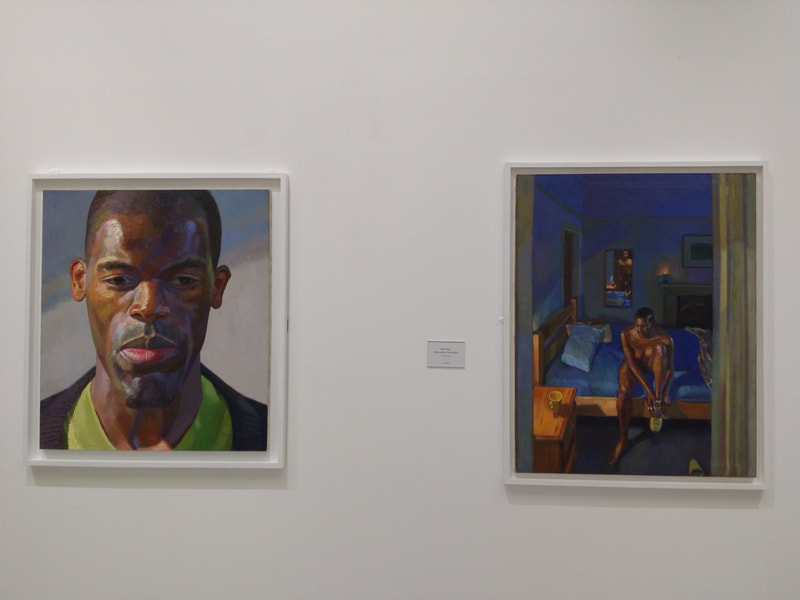 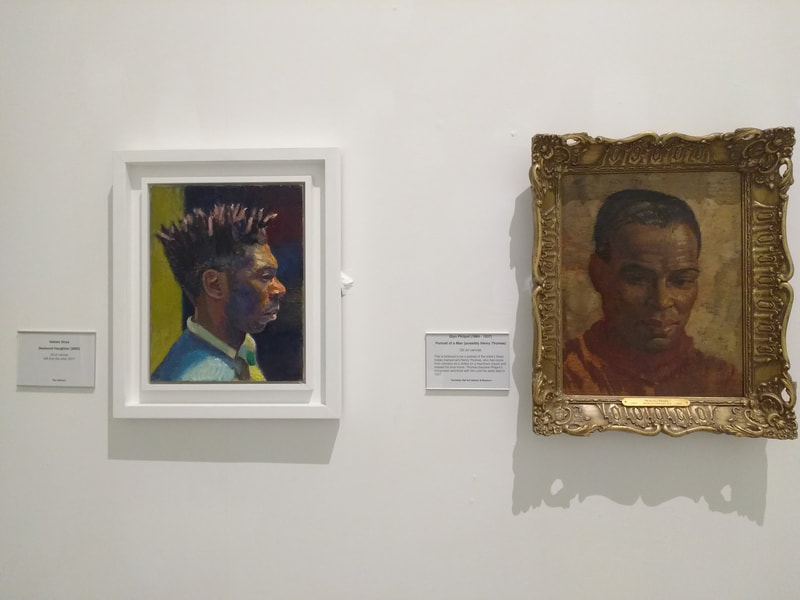 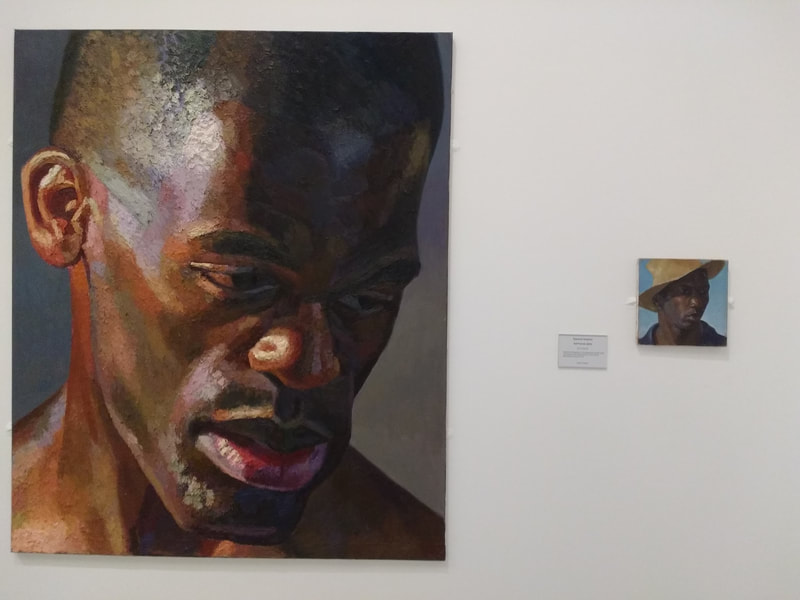 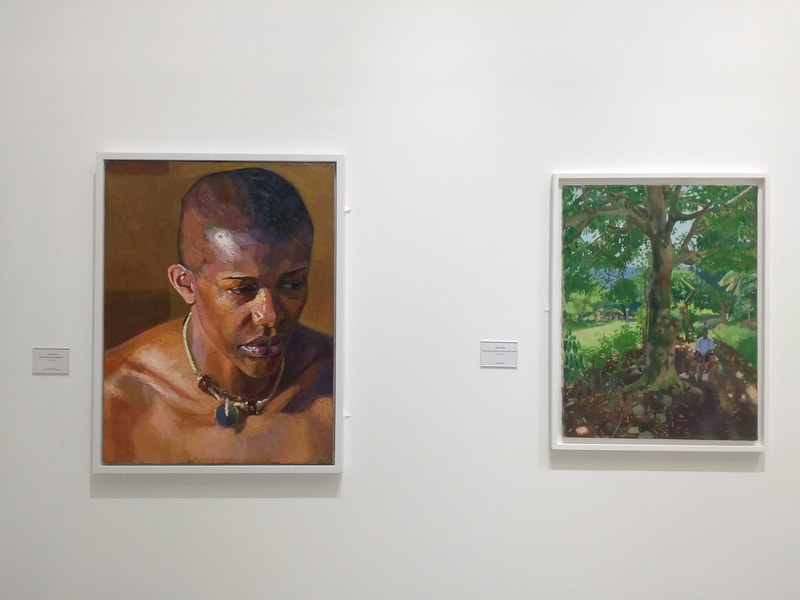 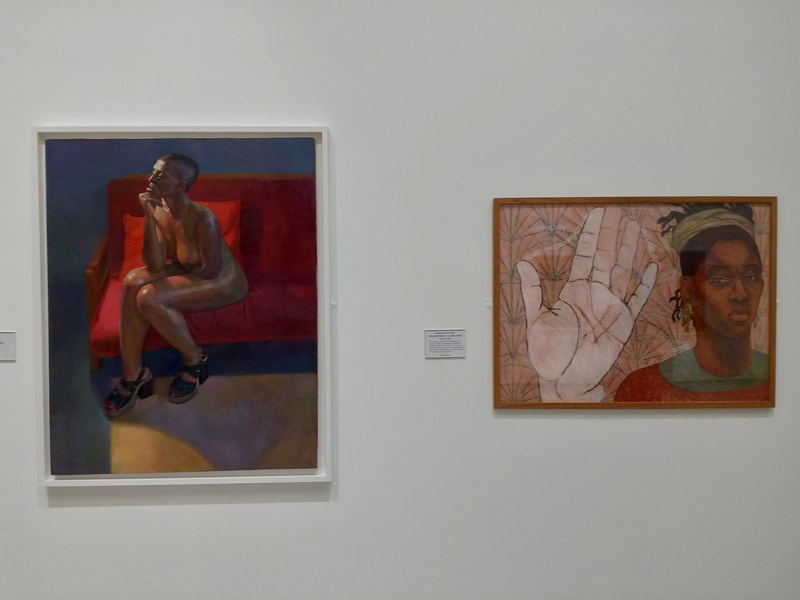 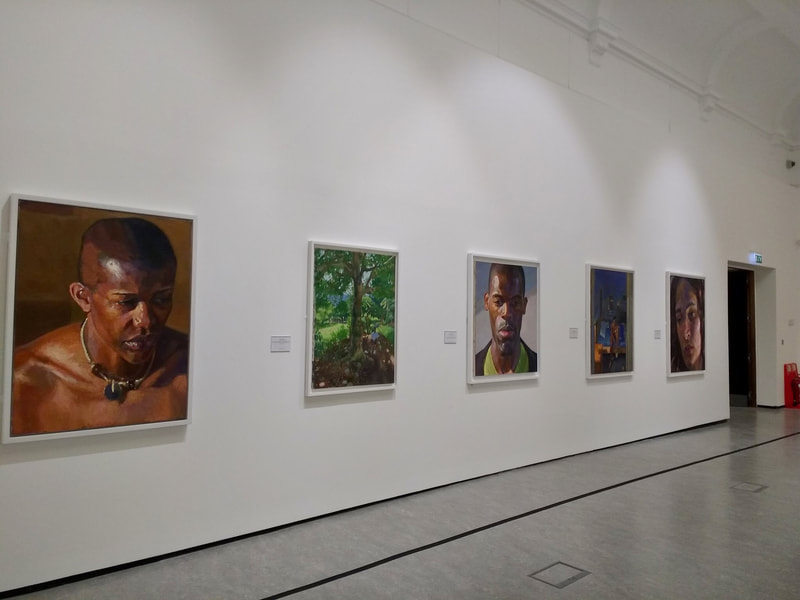 Black Presence at The Atkinson 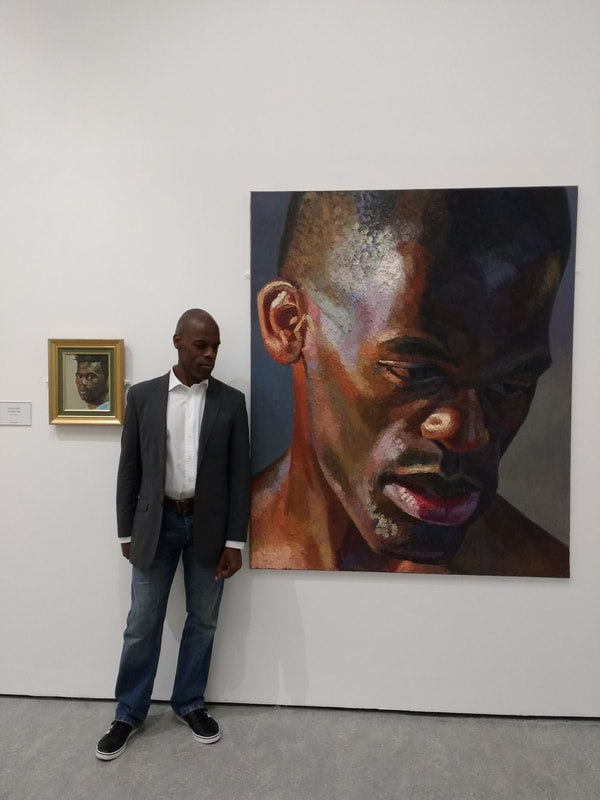 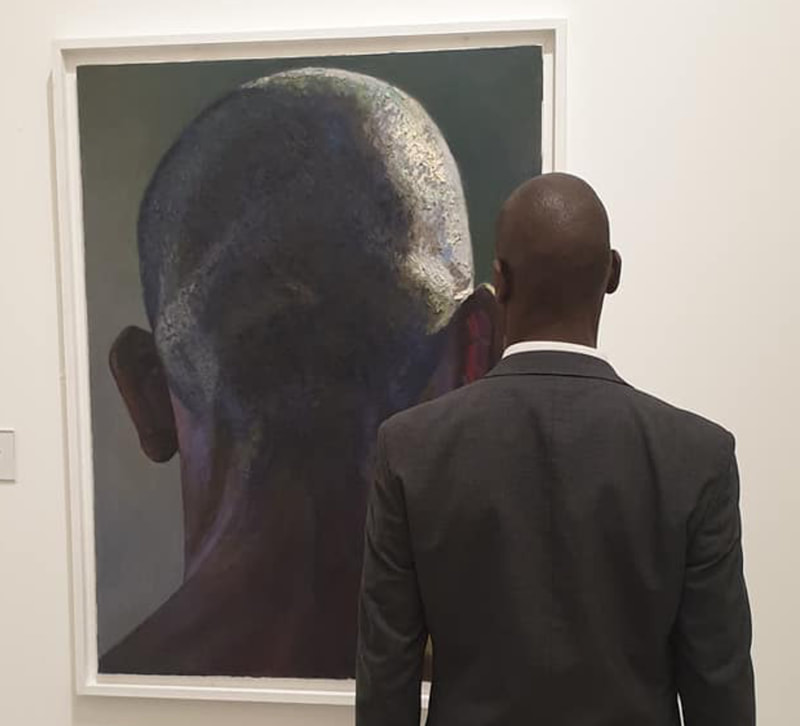 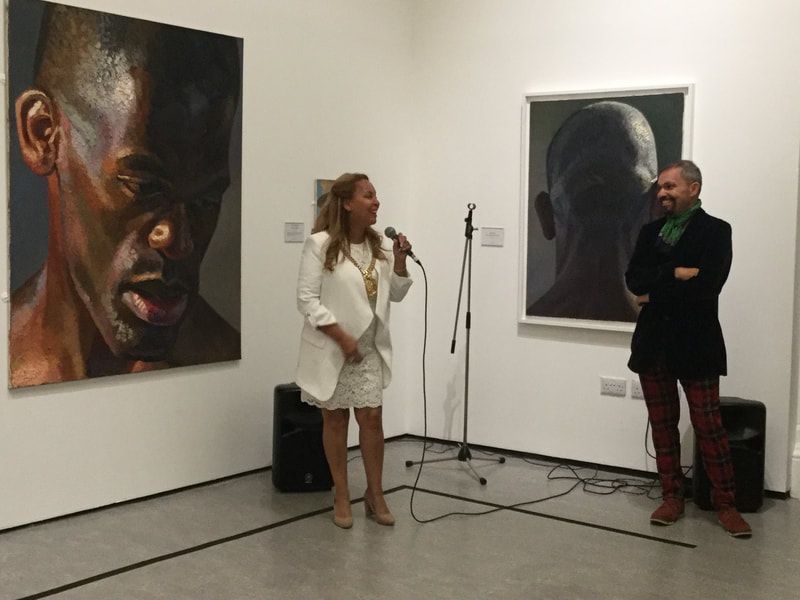 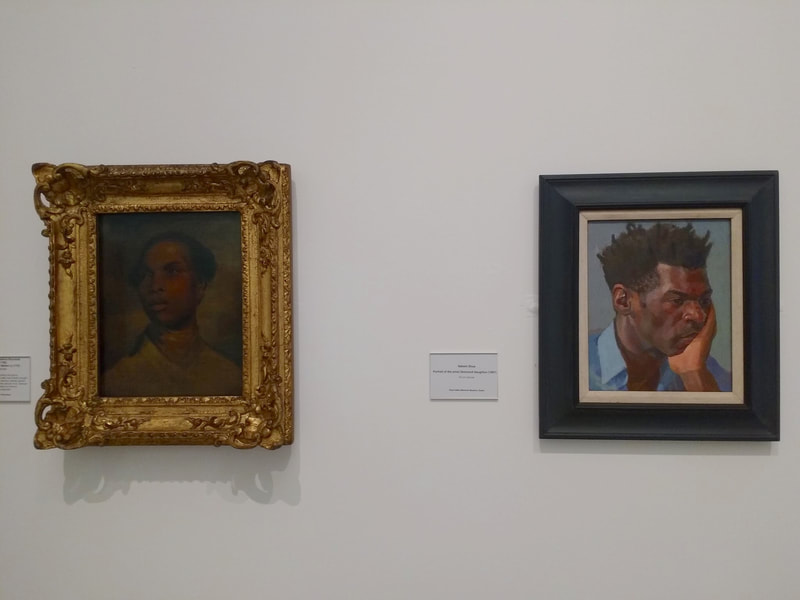 Reynolds, Shoa
‘The portrait has always been political, I want my portraits to be great works of art but also to work for positive change’. Nahem Shoa
Artist Nahem Shoa has curated a selection of his striking portrait paintings alongside key historic and contemporary paintings of black portrait sitters. Nahem is especially keen to increase the number of positive images of black people in British art collections and has donated many of his own works to public collections. The exhibition includes work by Joshua Reynolds and Sonia Boyce, as well as Allan Ramsay’s outstanding ‘Portrait of an African (probably Ignatius Sancho.
Nahem Shoa painted from life Giant Heads of people from Black and Ethnic backgrounds until 2007. He then turned to other subjects that drew on 'unreal' sources, photograph, TV and film as well as memory. He created hugely multi-layered paintings bursting with incident, including floods and nuclear explosions which continued with the theme of death. Most recently Shoa made another dramatic move – from a tangible kind of reality to something quite intangible – where, contrary to all previous methods of working,  accident was allowed to prompt imagination.

In 2004 Shoa had his two large-scale, solo museum and art gallery painting exhibitions, Youth Culture, in Plymouth City Art Gallery and Museum and Giant Heads Multi-Culture, at the Hartlepool City Art Gallery.  In 2005 he had another one-man exhibition, We Are Here, at The Herbert, Coventry City Art Gallery. In 2006 he exhibited twenty-eight Giant Heads in Bury City Art Gallery In an Exhibition called Facing Yourself.
"My tree drawings and paintings I made last year that culminated in large 3 metre contemporary paintings, that are about nature meeting the city, the urban jungle and climate change," Nahem Shoa
Nahem Shoa's paintings are in international, public and private collections. see ACQUISITIONS